raise the roof!
from berlin to kassel by roof-boat

In June–July 2022, the Center for Art and Urbanistics (ZK/U) literally raises the roof of its home base in Berlin, and then sail in it to documenta fifteen—a trip of 650 km, fueled entirely by people power! At circa forty stopover points en route to Kassel, the crew and locals have ample opportunities to pool their knowledge, share their schemes for planetary survival, and enjoy a diverse program of events.

Why the Invitation to documenta fifteen?

ZK/U addresses global issues through local practices and is therefore one of the fourteen collectives invited by ruangrupa—the Jakarta-based Indonesian curators of documenta fifteen—to join the lumbung network and answer the fundamental question at this year’s international arts festival in Kassel: How can we share the world’s unfairly distributed resources in more equitable and positive ways?

The lumbung values of generosity, humor, local anchoring, in(ter)dependence, regeneration, transparency, and thrift are at the heart of ruangrupa’s program.

These same lumbung values are at the heart of ZK/U, a lively site of art production, art and research residencies, and public events opened in 2012 in a former railway station in Berlin-Moabit, near the Westhafen inland port.

For the past ten years, ZK/U has worked non-stop to forge connections between individuals and groups divided by issues such as education, unequal pay, sexism, or cultural background. The Moabit district is riddled with social tensions: between the settled middle-class citizens with a decent education and job, the first- and second-generation “migrants” often still facing precarious conditions, and the more recently arrived refugees. ZK/U explores how art and activism can catalyze urban space, and shows the immense potential in bringing people together—to participate in making cities (and the countryside) fit for all of us!

A decade of collective brainstorming and action has thoroughly shivered the timbers of the pitched roof at ZK/U, and charged it full of energy. Now, for documenta fifteen, ZK/U plans literally to raise the roof and sail off in it to Kassel. For several weeks, the upturned roof becomes a roof-boat, a Citizenship, carrying the crew through central Germany to Kassel, on the Havel, Weser, and Fulda rivers and the Mittelland canal.

The Citizenship begins its journey with nothing on board but its crew. Food, fuel, a place to sleep, and a cultural program are sourced from day to day, in cooperation with associations, port and city authorities, companies, artists, and interested members of the public, wherever the roof-boat stops. Dependence on local structures is part of the Citizenship concept, for it opens the travelers’ eyes to conditions both in small villages and larger cities such as Hannover, Wolfsburg, and Braunschweig, and sparks communication.

Not fossil fuel but people power propels the Citizenship from Berlin to Kassel. Local community groups and chance passers-by are invited to join the changing crews in paddling, cycling, towing, pushing, and whatever else it takes to keep the roof-boat moving for 650 km. Citizenship in this way stands as a symbol of our times, for the roof-boat can progress only when people cooperate!

Members of the Lumbung network alongside with other artists are invited to take sole command of the roof-boat for several days, bringing aboard issues and interests from their own contexts and exploring these with people from the place they’re passing through. This permanent recontextualization of the Citizenship promises some inspired cultural exchange: the local wind orchestra, for example, interprets classical music from Java, while a local chef puts his own Hessian twist on a recipe from Mali... New hybrid formats emerge; the floating cosmos continually expands: the Citizenship is carried along by collective efforts, curiosity, and a growing sense of citizens’ rights and responsibilities.

What does a village in Colombia or Palestine have in common with a village on the Havel? Which needs can we meet together, and where are the fault-lines in international relations? How can cultural characteristics and local knowledge sustain one another other across the urban-rural divide, across regional and international borders? What can a diverse group of people in a roof-boat achieve?

The roof-boat starts out as an empty hull with neither fuel nor cargo. Yet at each stop, with each change of crew, with each encounter, the Citizenship is replenished—with energy, rituals, and cultural content. After several weeks of translocal exchange in Brandenburg, Saxony-Anhalt, Lower Saxony, and Hesse, the Citizenship arrives in Kassel enriched by life.

We look forward to welcoming you to the Citizenship!

The project citizenship is a ZK/U Berlin project by the artist collective KUNSTrePUBLIK (Matthias Einhoff, Philip Horst, Harry Sachs) and is their contribution to documenta fifteen in Kassel.

The Community Program at citizenship is produced in collaboration with the artist Jan van Esch.

The boat construction was designed, planned and built by Jonas Hohmann.

Modules for art and everyday life: xyz open city - by N55 and Till Wolfer. 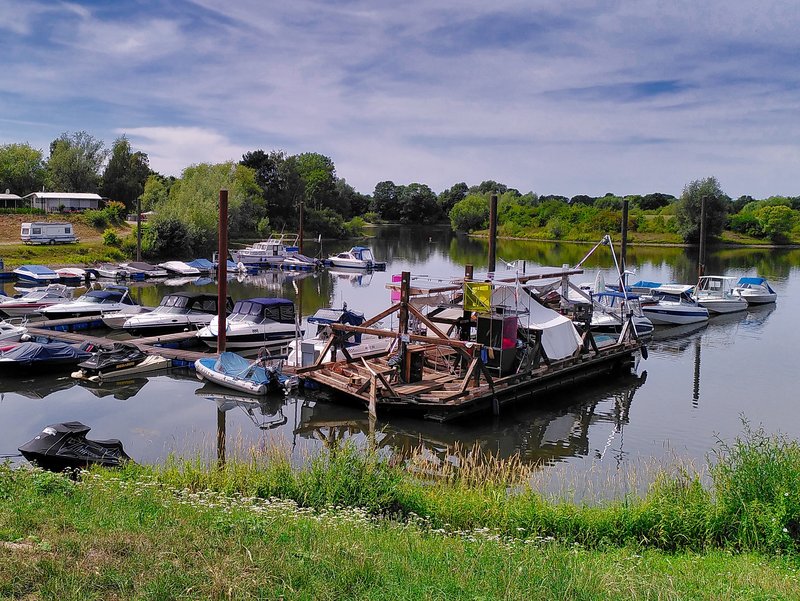 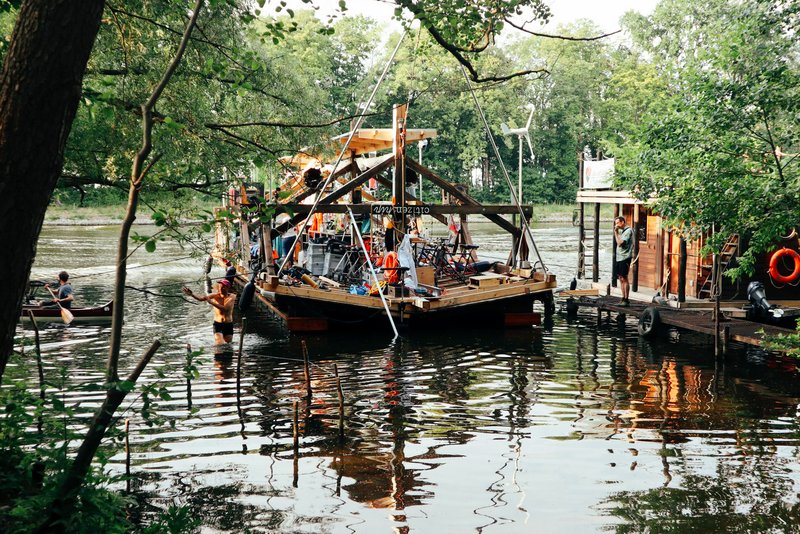 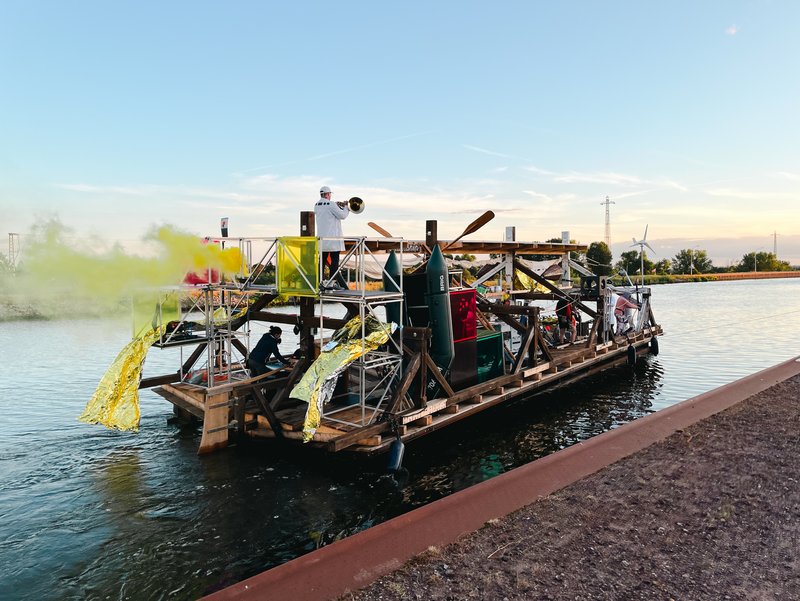 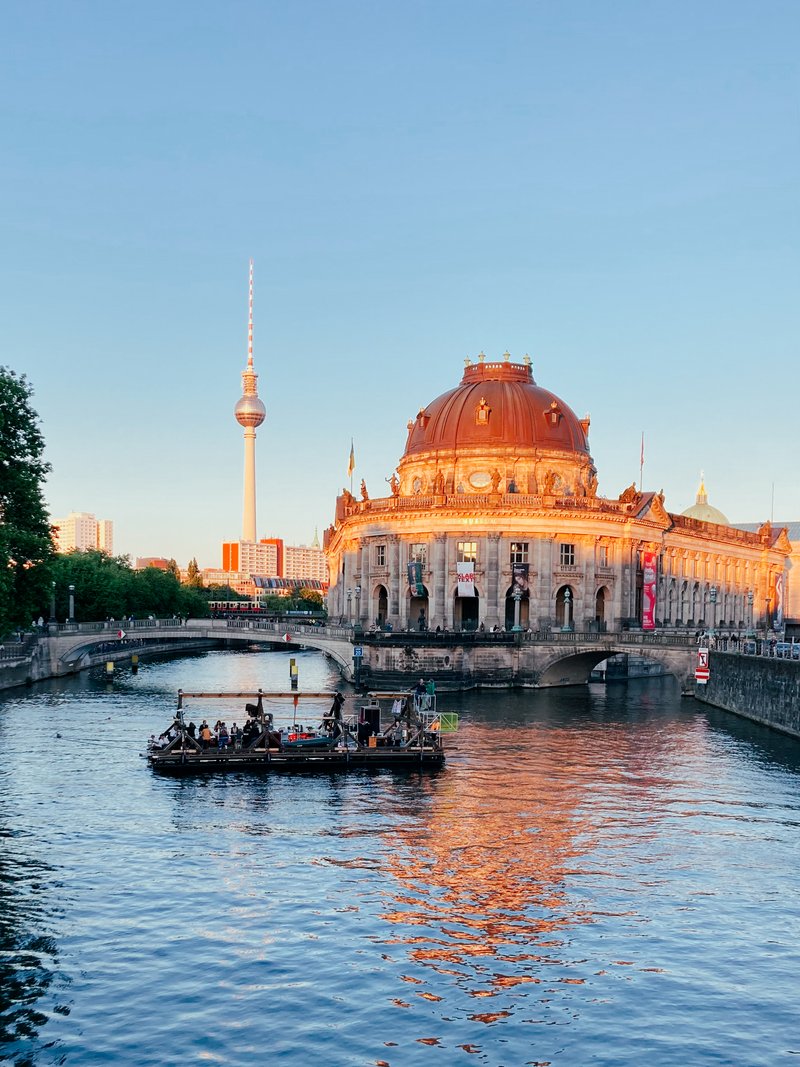 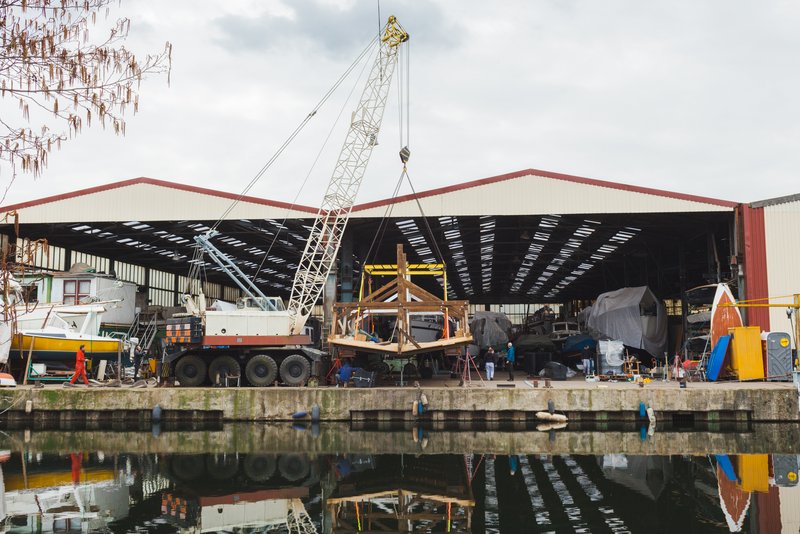 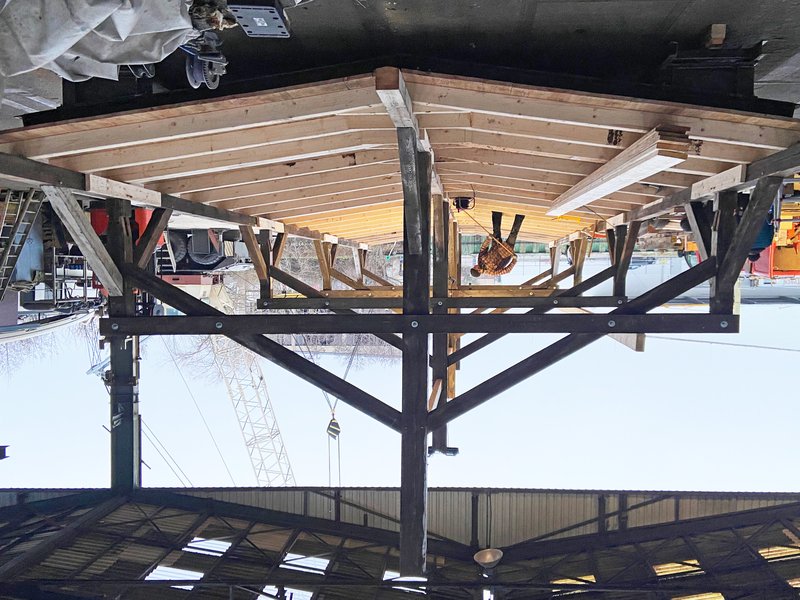 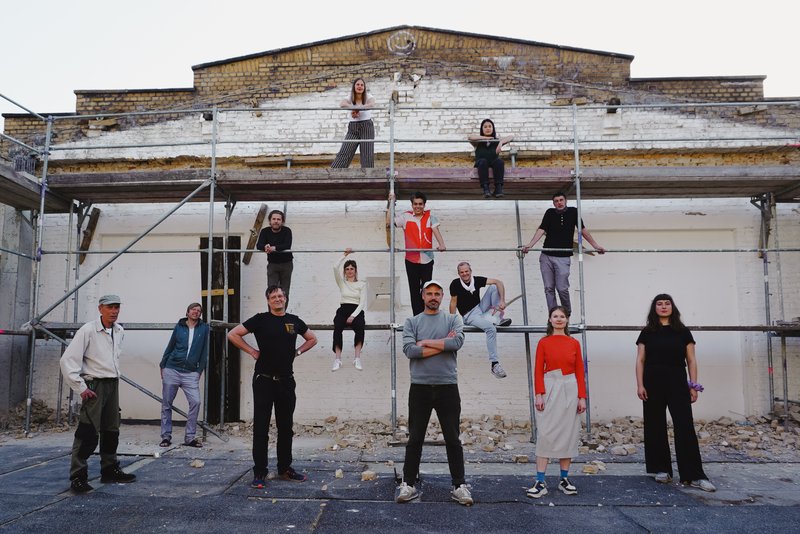 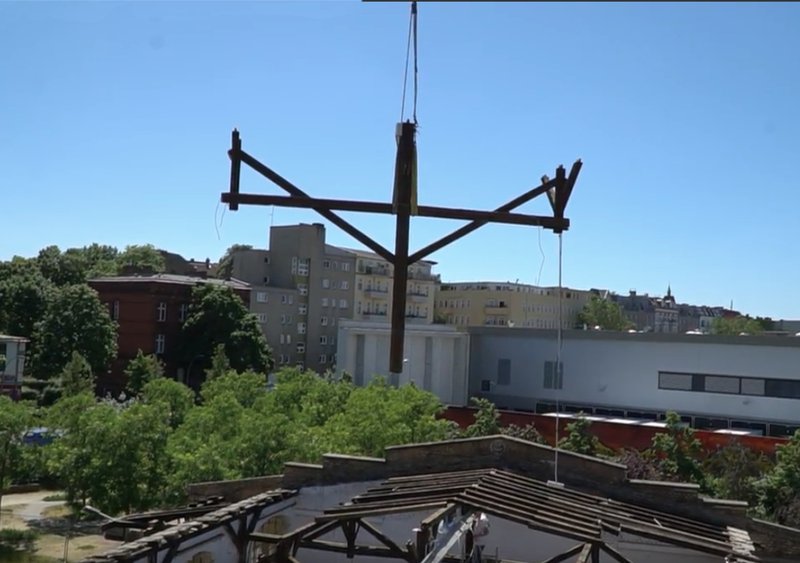 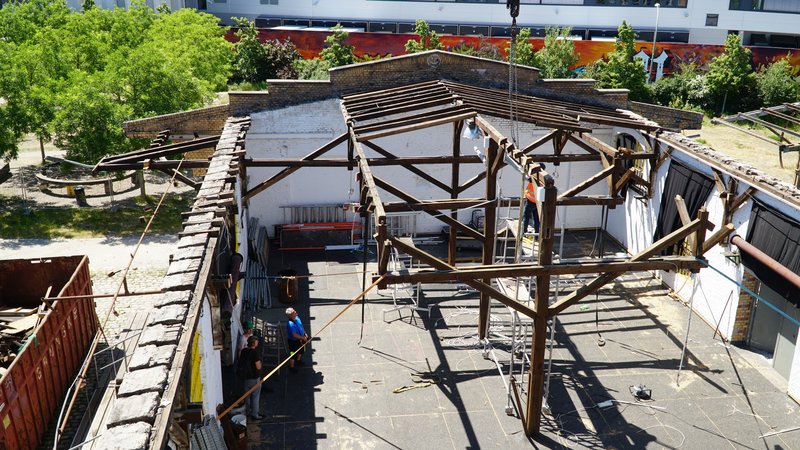 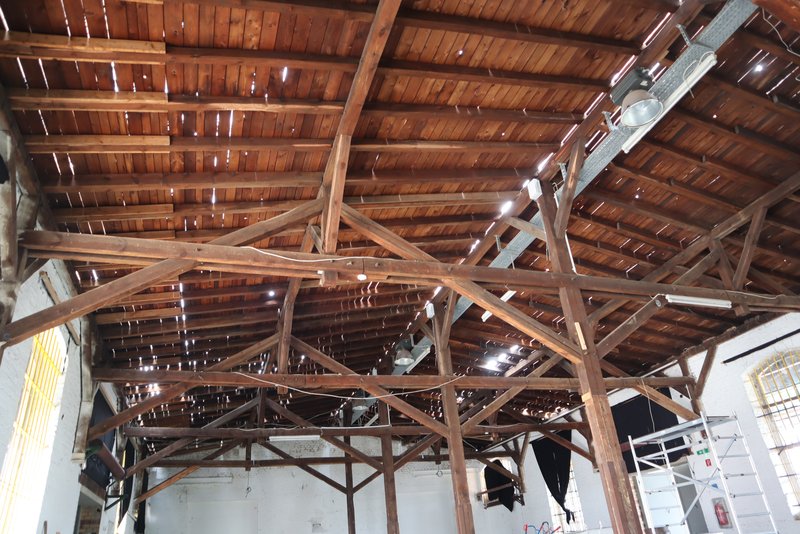 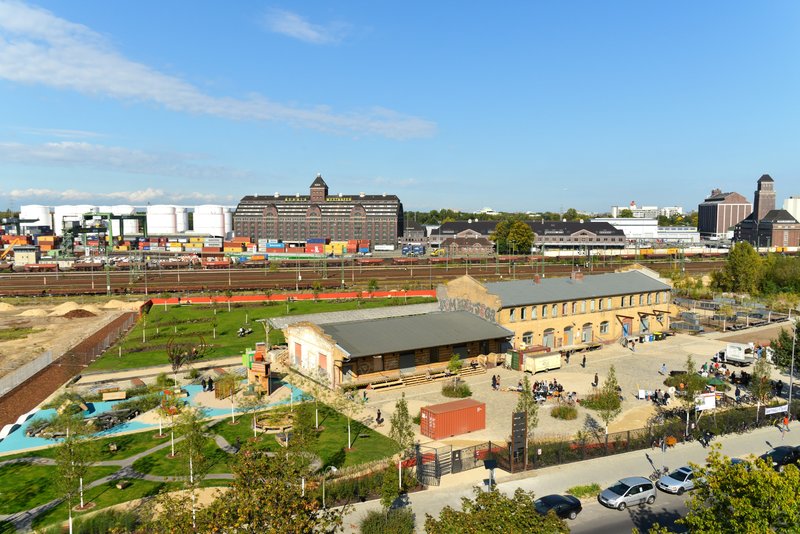